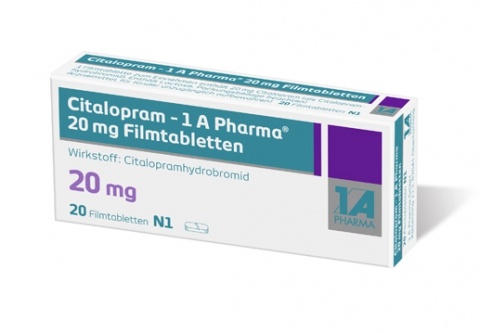 Citalopram is an anti-depressant medication that is used to treat severe depression and mood disorders. In addition, it can be used to treat eating disorders, alcoholism, and other disorders. It is in the class of drugs known as selective serotonin reuptake inhibitors. It is believed that this medication works by stimulating a chemical in your brain called serotonin. It is available by prescription from your physician but it can be illegally gotten because of how it functions in your body.

Skin that could be swollen, peeling, blistered or red

Effects on Your Body Systems

Psychiatric-if you are abusing and addicted to this medication you may suffer deeper depression, amnesia, paranoid reactions, lack or concentration, delusion and more.

Genitourinary-this body system deals with your urinary system and your genitals. You could suffer from impotence or problems with ejaculation. There have also been reports of breast enlargement and pain, vaginal hemorrhage, and other conditions.

Nervous system-this is an area where the side effects may get a little tricky. One thing that is affected by this medication is rapid eye movement. You may also have tremors, sweating, vertigo, leg cramps, hyperkinesias, and dizziness. Basically everything gets affected that is controlled by your nervous system.

Metabolism-there burning sensation in stomach could be an increase in HDL cholesterol, LDL cholesterol, and serum total cholesterol. You could loose or gain weight, or have hyponatremia.

Cardiovascular system-you could suffer from postural hypertension, hypotension, and tachycardia. Other side effects could be edema or swelling of your extremities, bradycardia, hypertension, extra systoles, angina pectoris, myocardial infarction, and cardiac failure.

If you take Citalopram as prescribed and do not abuse or become addicted to the medication, you will probably have little or no side effects. If you feel you are becoming addicted to this medication talk to your physician immediately.